Hunga Tonga-Hunga Ha'apai, one of many submarine calderas NE of New Zealand in an island arc, has begun causing some problems for flights in the area. What started as a minor steam and ash eruption has now turned into a semi-major eruption in the area. Steam and ash clouds are reaching extraordinary heights, and the ongoing eruption is rapidly building a new island. 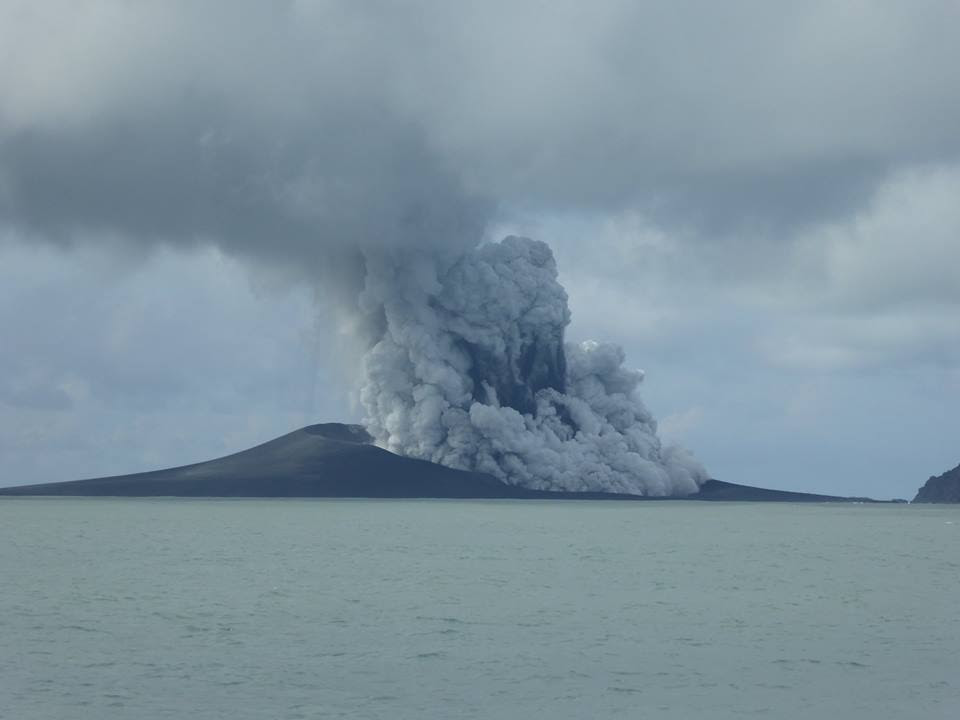 
Residents have reported that the eruption plume was changing hourly from white steam, to black ash clouds, in what was probably the ebb and flow of the tides covering the vent and interacting with hot lava. The eruption has sustained itself for months now, with no signs of slowing, and has breached the surface in a Surtseyan eruption.

Other reports have come in about 'the sea turning blood red'. This is more than likely a red-algae bloom. Algae blooms are common when volcanic nutrients flood the ocean water. This recently occurred in Alaska, and Iceland.

Surtseyan eruptions start as under water eruptions, gradually breaching the surface, and creating an island. The term comes from the island of Surtsey in Iceland, which was created in an eruption during ht 1960's. This was the first such eruption of its kind clearly observed from start to finish. The Icelandic fire-god Surtr is the inspiration for the eruption type.

It is unknown if this island will remain as a permanent land body. Many volcanoes of this type create islands that are rapidly eroded by the sea in the years following the cessation of the eruption, however based on the pictures I've seen, the island looks every bit as solid as Surtsey, or Anak Krakatau. Anak Krakatau is probably a better comparison, as it was also a post-caldera cone, much like Hunga Tonga-Hunga Ha'apai is.